This was not how I envisioned this going.

If we’re being honest, I hadn’t expected this year to be such an uphill battle. I figured that, by now, life would have gone back to normal and I’d be working for a company I love, in Finland. Hell, if we’re going to talk about my crazy and incredibly naive notion on how this year would go, we’d be discussing how I had planned on still being in Helsinki and working for a company that was able to hire me on full-time, planning to go back to Michigan any day now.

But that’s not how life works.

Life is messy- I’m pretty sure I’ve said that phrase about a million times on this blog, but it’s still true. After spending the last year and change in an international relationship, you’d think I’d understand how nothing is easy and just seeing each other is the world’s biggest headache, but I’m still not fully grasping the severity of it all. Let me give you guys the low-down on what’s going on:

I am currently working for a start-up company in Helsinki, from Michigan. This company is amazing and I want to be a part of this team like you wouldn’t believe. There is an opportunity for becoming a partner at this company after my initial position has come to its close. So you’d think that would mean I could get a residence permit, right? Nope. So even though I’m an educated and hardworking individual with a job that you’d think would allow me to mosey my way on over, I can’t. Here’s why: because this company is a start-up and we are not making real salaries, in terms of like over a 1000 euros a month, I cannot get a residence permit, so I can’t move to Finland in order to work there, like, you know, full-time. Plus, although I would be in a situation where I don’t have normal expenses like rent and utilities, it’s not a good enough reason to not need to meet their income requirements.

Now, don’t get me wrong, I wouldn’t even be looking into this company or moving to Finland if it wasn’t for my super cool boyfriend who I’d like to actually get to spend time with… preferably without the use of a computer and the internet. So we’ve talked about it, the big M-word, and it’s been a difficult conversation. This wasn’t how we had planned on doing it. Rushing it was never in the cards, but living apart for another year and a half isn’t either. It’s all a bit up in the air at the moment and I’m stuck somewhere in the limbo of planning a courthouse wedding and looking for full-time jobs in Michigan for when my contract with the Helsinki based company ends. As the “planner” type, this has been horrible. I’ve broken out with hives every day for the last week and I keep pretending it’s not because of some underlying stressor, even though it is.

I know there’s already been a lot of climbing this year; my arms are a bit tired and my footing is a bit loose, but there’s nothing else we can do but climb and not look up at the rest of the massive mountain in front of us. 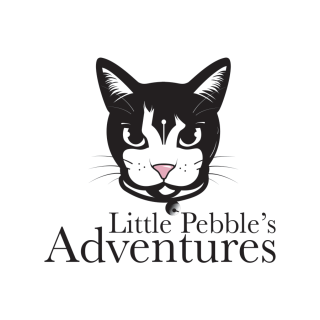